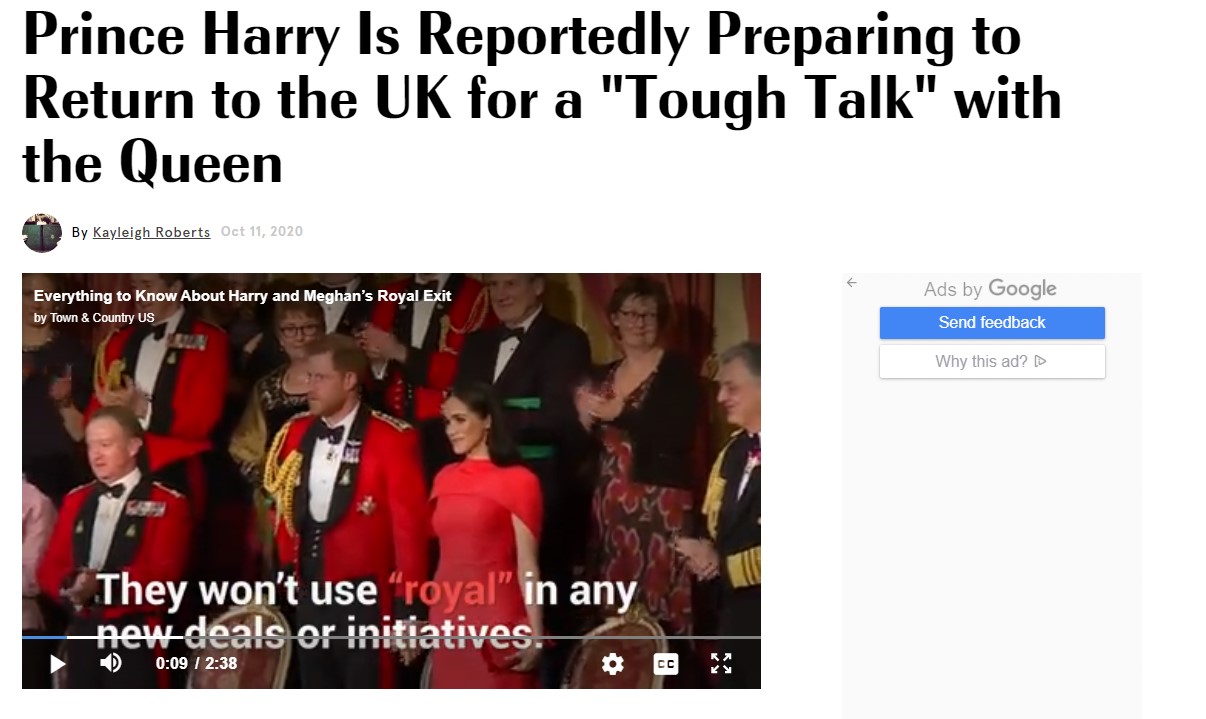 According to royal insiders, Prince Harry appears to be planning a trip back to the United Kingdom—possibly without Meghan Markle

Several reports suggest that Harry will return to Frogmore Cottage soon and that he will have a "tough talk" with his grandmother, Queen Elizabeth, when he arrives.

Harry and the Queen are expected to discuss his and Meghan's recent political activism—something they wouldn't have been allowed to engage in while they were still working royals.

Prince Harry is reportedly preparing to return to the United Kingdom, but the trip might not be totally for fun. According to Page Six, royal insiders say Harry will be in for a tough conversation with his grandmother, Queen Elizabeth, when he arrives back home.

According to a report from The Sun, members of the royal staff have been told to prepare Frogmore Cottage for Harry's return—but no mention has been made of his wife, Meghan Markle, and son, Archie Harrison, accompanying him for the upcoming trip.

"Staff at Windsor have been told to prepare for the possibility Harry could come back. They are told that it could be within weeks but Meghan's name was not mentioned," a source told the publication. "There are all sorts of issues to speak about—not only his political statements but also his visa situation in the U.S. Even though he would have to isolate for two weeks, the estate is large enough for talks in a socially distanced way."”

Harry and the Queen will reportedly discuss his recent appearance with Meghan to urge American fans to vote in the upcoming presidential election—something they could not have done while they were still working royals.

“Harry and Meghan have burnt some significant bridges that may be beyond repair,” royal biographer Penny Junor told The Mirror. “Right now, that doesn’t seem to bother them. And I can’t see Meghan ever wanting a way back.”